The long-awaited debut album Collapsed In Sunbeams by the indie icon Arlo Parks has finally arrived! And it’s definitely a contender for album of the year already. As a black bisexual woman in an already oversaturated music industry, it is so refreshing and rewarding to see the success that Arlo Parks has gained since her music debut in 2018, becoming a contemporary to the likes of Phoebe Bridgers and Clairo, but a superstar in her own right.

The album kicks off with an arpeggiated acoustic guitar and lofi ambient sounds underneath a poem by Parks, setting up the journey that by track 3 has already taken you all around town. Hurt puts the car into first gear, a great opener demonstrating those sounds we’ve become familiar with from singles like Green Eyes and Eugene. The use of sampled and chopped drums gives the track this slightly agitated feeling that goes in hand with the themes of Parks’ lyrics. Track 3 Too Good shakes up the vibes so soon with Motown inspiration through jazz and funk-infused guitar, really encapsulating sounds of the ’60s but wrapping it in layers of modern production. Arlo Parks already has smashed her sound out the ballpark, completely developing her ability to write and perform since her EP Super Sad Generation.

Hope sidesteps more towards that Jazzier inspired sound, really making me nostalgic for the iconic instrumentation of Amy Winehouse. It keeps up the pace and I think it’s here where it’s safe to say that Arlo’s control and flow of melodies are absolutely breathtaking. Each line she sings is just monumental, no line feels lacking or overfilled with words and syllables, she’s a natural storyteller. And every chorus she sings is an instant hit, I mean just in Hope the way she carries the lines “You’re not alone like you think you are / We all have scars, I know it’s hard / You’re not alone” just really pulls at the heartstrings. She’s open and honest and it makes for the best of her music.

Caroline and Black Dog, two tracks released in the buildup to the album take up your ears next. Caroline being one of the songs that carry the general DNA of this album, the production it’s laced with is a reoccurring sound within such a musically diverse album. Written about witnessing events unfold without context which is something we see on a daily basis (well, we usually would) where it does become something we don’t give too much attention to.

Black Dog is a more stripped back stylised song, Parks addressed the song saying “it’s supposed to make people who are struggling feel less isolated and start a conversation surrounding the prevalence of mental health issues in today’s world”. Especially after the toll that’s taken the people of the world over the last year alone, Black Dog becomes a statement about the obvious on how bitter the reality of depression is and how you can feel out of your depth whether you’re on the receiving end of the Black Dog or whether you’re observing someone who has that demon in their life.

Green Eyes is such a ridiculous song. It’s just perfect what can I say? (That’s rhetorical) Here Parks tells the story of a past relationship with a girl that ended too soon because of the stigma of same-sex relationships from their own parents. I think although there are specific topics all throughout this record, there are some messages within that are completely universal such as the chorus’ hook “Some of these folks wanna make you cry / But you gotta trust how you feel inside and shine” it’s painfully true and such an uplifting message to anybody who listens to this track.

Just Go is perhaps one of the more traditionally poppier songs here, bringing a bouncier bassline like something out of a Mark Ronson tune, but with classical production emitting sounds you’d find on an Adele song. Reflecting on the song Parks said, “I wanted a breakup song that said, simply, No grudges, but please leave my life”. The contradiction of the civil wording of a toxic ending to the upbeat song makes it the perfect tune to vibe to if you’re having a hard time letting go of something, even when it is the abundantly right thing to do.

For Violet, is one of the darker songs on this record, it’s gritty like a Radiohead song but tunefully soulful like the rest of Arlo’s work. Eugene and Bluish take the reigns next. Bluish is about a relationship that smothers you, talking about when needing space “I shouldn’t have to ask you twice” and “You held me so hard I went bluish“, really enforcing that claustrophobic feeling.

Eugene tells the story of falling in love with a straight girl in a relationship, and how that unconditional infatuation can burn you right to the core. Continuing a darker element that was so strong in For Violet but with a warmer tone exploring that vulnerability.

“Seein’ you with him burns, I feel it deep in my throat
You put your hands in his shirt, you play him records I showed you
Read him Sylvia Plath, I thought that that was our thing
You know I like you like that / I hate that son of a bitch“

Porta 400 closes the album and brings more sampling back to the forefront, allowing the ending of this LP to be one that really does stick out but warmly wrap up the sound of Collapsed In Sunbeams. Porta 400 feels like after a series of unfortunate struggles, sitting on a hilltop watching the sun go down on an era of your life, breathing out and moving on. It’s the perfect credits to a film so somebody get onto making that. I think the chorus sums up the energy of the entire record; “Making rainbows out of something painful“, and in turn relieves whoever listens, helping them to find and make their own rainbows.

Collapsed In Sunbeams is a blissful journey that discusses life, the ups and downs, how you can be dealt a bad hand, but how your life is one of a kind. It opens it’s hand out to you with the simple message that is “you’re not alone“. At a time like 2021, there’s no better message to take on board. 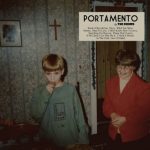 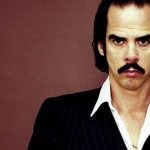 Looking Back: More News From Nowhere – Nick Cave’s Homeric Ballad to his Many Muses 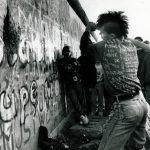 Don’t Die in the Waiting Room of the Future 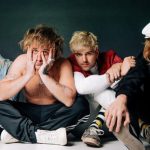 Indie Idols: Will and the People 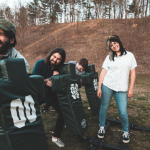 Why We Love: Kitner 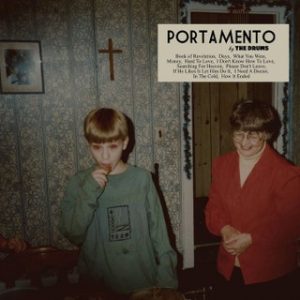 Saying that something is life changing is dramatic. However, in the case of indie-rock band The Drums, I can make this statement with absolute certainty.

Don’t Die in the Waiting Room of the Future

Tim Mohr’s Burning Down the Haus: Punk Rock, Revolution and the Fall of the Berlin Wall is an essential history that reveals punk’s wrath and

Indie Idols: Will and the People

Have you ever attended a concert and decided to skip the support acts? After all, they’re not who you’re there to see and one more

Keep up to date with all our latest news.